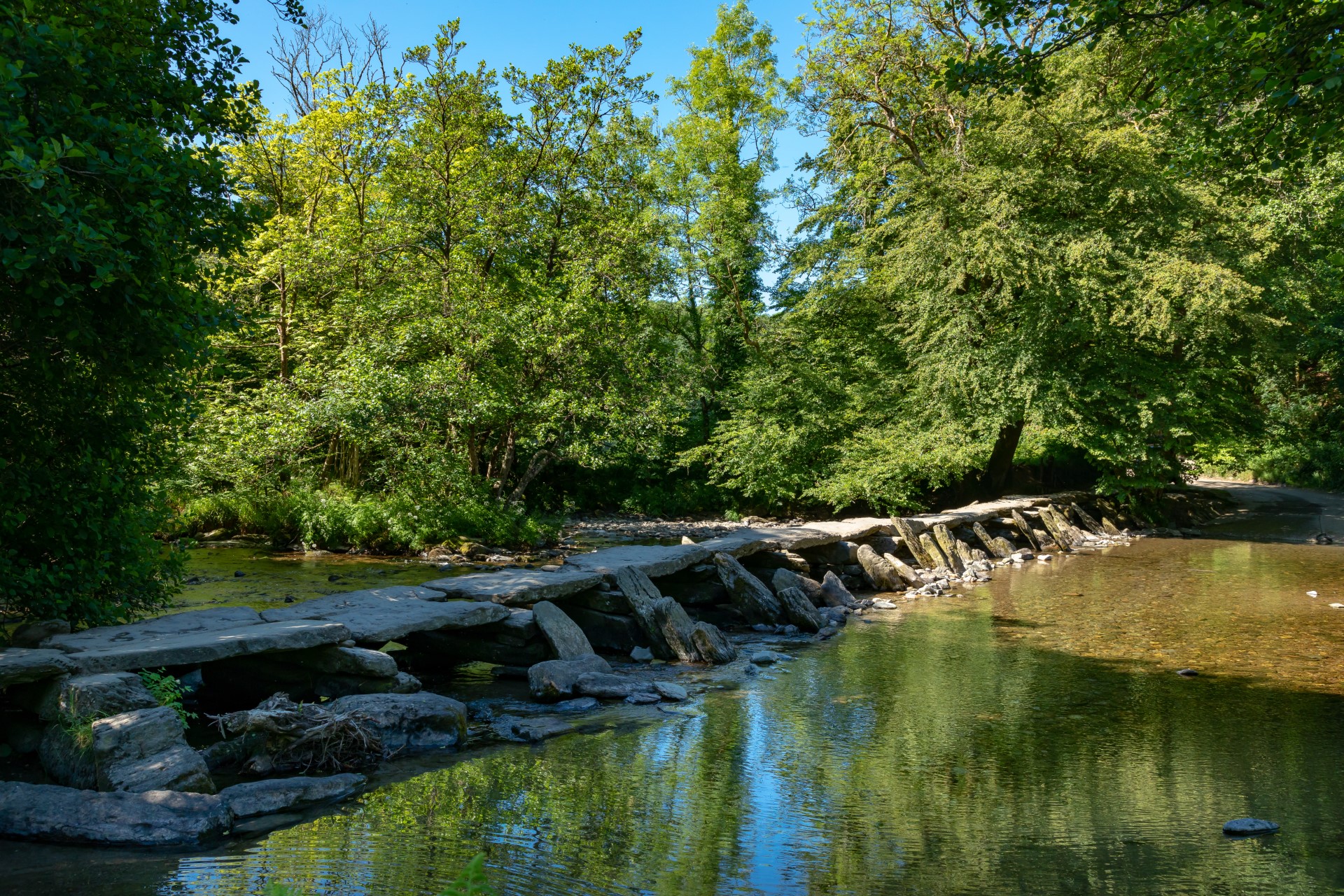 Places to visit near Foxtwitchen

Whether you are looking to spend time exploring the Exmoor National Park or heading to some of the north coast’s stunning beaches, Exmoor Farmhouse is ideally located for exploring this stunning area with Somerset and North Devon on your doorstep.

From quaint countryside villages to bustling seaside resorts there really is somewhere for everyone to enjoy when staying at Exmoor Farmhouse.

To help you find out more about the local area and the places to visit nearby we have provided details on some of our favourite Somerset and North Devon locations.

Step back in time and visit the nearby village of Withypool, which is at the centre of the Exmoor National Park. The quirky village is home to an unusual six-arch stone packhorse bridge and was mentioned in the Domesday Book, as well as R.D. Blackmore’s Lorna Doone. The unspoilt village, which lies alongside the river, is the perfect spot for a picnic. Within the village, there is a lovely tea room, a convenience shop and post office and a very good pub, The Royal Oak. To the south of the village is Withypool

From Withypool you can set off on foot and enjoy either long or short walks. One of the favourites amongst visitors is the four-mile riverside amble to Tarr Steps, which is home to a medieval clapper bridge, which local folklore says was built by the devil. The area surrounding Tarr Steps is a designated nature reserve and is a lovely place to paddle in the water, enjoy a picnic or just admire the scenery. From Tarr Steps, you can continue by foot to some of Exmoor’s other notable villages, including Simonsbath and Dulverton.

The medieval village of Dunster lies just outside of Minehead in North Somerset. The pretty village with its cobbled streets is a firm favourite with visitors thanks to its laid-back friendly atmosphere and historic past. At the heart of the village is the Grade 1 listed Dunster Castle, which was built by William De Moyon, after the Norman Conquest. Over the years the Luttrell Family, who were lords of the manor from the 14th to the 20th century made several adjustments before giving it to the National Trust, who opened the castle and its grounds as a tourist attraction.

Dunster itself has its roots firmly set in the wool and cloth trade with its yarn market still in existence today, along with a priory, a packhorse bridge, a dovecote and a mill, there are also more than 200 listed other buildings. Today, Dunster is more set up for tourism with a range of shops, tea rooms and restaurants for visitors to browse before setting off to see the castle or hopping on board the steam train that runs from the West Somerset Railway in Minehead.

If visiting in December, look out for Dunster by candlelight when all electric lights are switched off as the village and its visitors go back in time.

The southern gateway to Exmoor is Dulverton, which sits between the rivers Barle and Exe. The small market town has close ties to the local farming community and many of the 40 independent stores, including butchers and delis, sell locally produced meats and products. There are also several tea rooms in the town serving wonderful cream teas and home cooked cakes, as well as other award-winning restaurants and pubs. Within the town, visitors can also stop by the Exmoor National Park Information Centre or visit the Guildhall Heritage and Arts Centre.

The seaside resort of Minehead lies on the North Somerset coast and is home to a lovely beach and promenade, which is perfect for gentle walks beside the sea. Another wonderful place to visit within the town is Blenheim Gardens, that is situated in the centre of the town and covers more than six acres and features a range of mature trees, manicured lawns and colourful flower beds. The gardens also host several musical events in the summer, such as traditional brass bands playing in the band stand.

For something a little different the West Somerset Railway and its steam locomotives begins in Minehead before setting off along 20 miles of heritage railway to Bishops Lydeard; along the way take in some of the beautiful countryside and coastal views, or why not stop off at one of the 10 stations that include Stogumber, Watchet and Blue Anchor.

Exmoor meets the sea at Lynton and Lynmouth, two unique twin villages that are linked via a hill road and the historic water-powered Cliff Railway. The unspoilt towns, which are often referred to as Little Switzerland are home to many tourist attractions, which make them well worth a visit.

Lynmouth, which lies at the foot of the cliffs is a great place to stop off with many different tea rooms and gift shops, you can also walk from the village to Watersmeet, a pretty National Trust area with thatched cottage tea rooms. In Lynton, you will find further shops and restaurants, as well as the Town Hall and church, which boasts some of the best coastal views. Lynton is also the gateway to the Valley of the Rocks, where you can spot the local goats that live here or watch a game of cricket during summer months, which is played amongst the fascinating rock formations.

With its character thatched cottages, pretty craft stores and range of tea rooms and restaurants, Porlock is a great place to visit. From the village you can either walk or drive to Porlock Weir a little hamlet, that was once a busy port but is now welcoming yachts and fishing boats, this is one of the best places to set off along the South West Coast Path. For those searching for England’s smallest church, Culbone is accessed via Porlock Weir, however, it is not a walk for everyone! Other local footpaths include the Coleridge Way, which ends in the village.

The pretty seaside harbour town of Ilfracombe is a great place to spend a day. The Victorian town is home to contemporary artist Damian Hirst’s bronze clad statue ‘Verity’, which stands proudly overlooking the gorgeous harbour. It is from here that you can set sail for Lundy Island or enjoy a sea safari around the North Devon coastline. The town also has plenty of wonderful places to eat, from cosy tea rooms to award-winning restaurants, with Tom Carr’s Michelin Star the Olive Room being a popular choice for visitors.

Just around the coast from Ilfracombe is Combe Martin, a lovely town with a busy beach ideal for several water sports, such as sea-kayaking and jet skiing. The town, which has one of the longest high streets in the country also has some nice shops, pubs and restaurants, however, it is really a place to enjoy on foot with many different coastal walks available, such as the South West Coast Path, which includes treks up some of England’s highest cliffs.

Although slightly further afield, North Devon’s golden beaches are still within easy reach when staying at Exmoor Farmhouse. Spend time relaxing on the award-winning Woolacombe Beach or experience some of the best surfing conditions at Croyde Bay. Other blue flag beaches include Saunton Sands and Westward Ho! both of which are ideal if looking for a family-friendly beach, whilst Saunton also welcomes dogs. These beaches are patrolled by lifeguards from Easter through to the end of October and are renowned for their golden sands perfect for building sandcastles and clean blue seas where kids can paddle safely, or adults and children can learn to surf, paddleboard or sea kayak.